Deprecated: __autoload() is deprecated, use spl_autoload_register() instead in /home/rosetattoo2/public_html/wp-includes/compat.php on line 502
 Things I’m Leaving Behind in 2017 – The Free Woman Chronicles 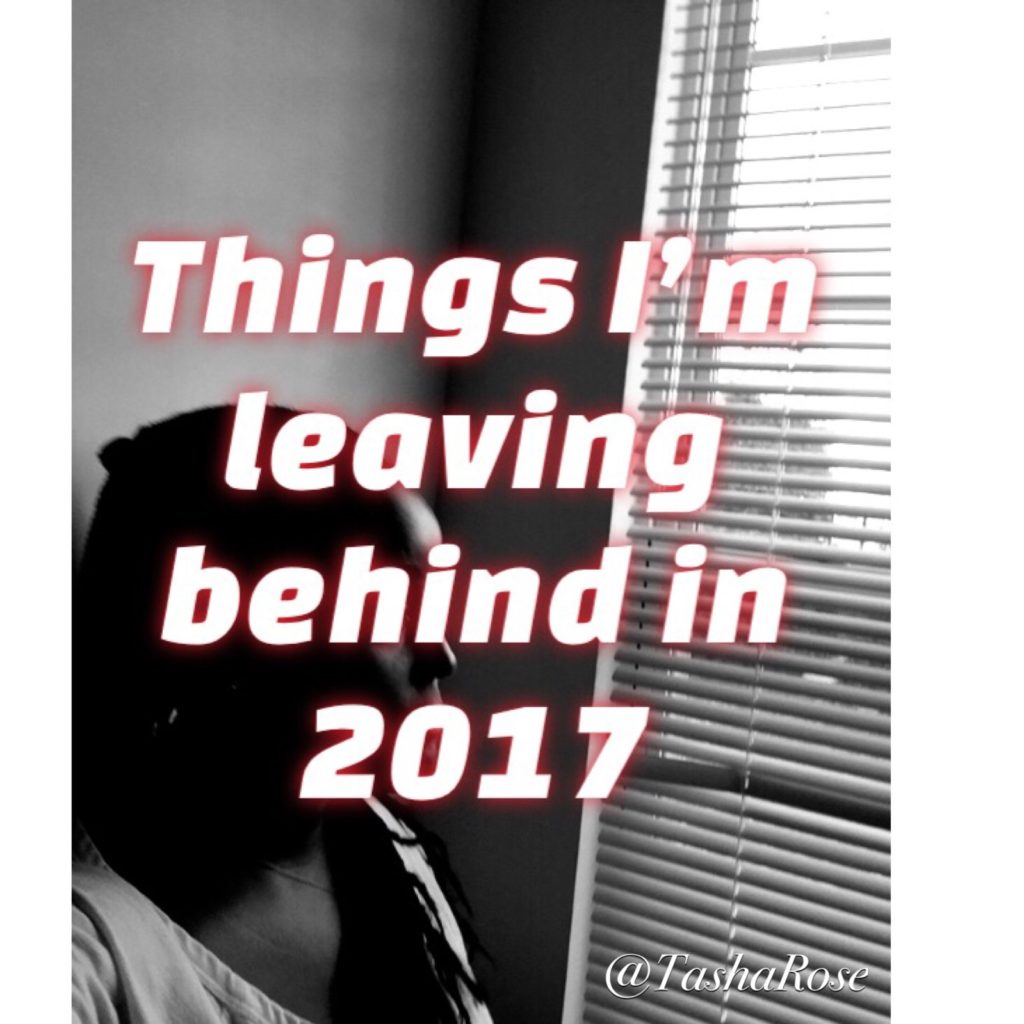 It’s that time of the year again, where every other meme and post on social media is about what people are leaving in the past and what they’re manifesting and doing differently in the coming year. This year in particular seems to have been a tough one for a lot of people. Admittedly, our government and the state of the world have definitely been enough to make me understand that perspective. The seemingly endless numbers of deaths I’ve heard of both personally and in the news in the past month definitely are making 2017’s departure, which I haven’t been as eager about as others, leave a bitter taste in my mouth.

But in the spirit of taking stock overall, this year has been one of growth for me personally. I’ve faced some fears and learned a lot about myself in the process. My theme for 2017 was “Live Out Loud.” And well…in some ways I did that. But I’d be lying if I said I didn’t think I could do more. The good part of taking stock of your year and your failures is getting clear on what you could do better, what your hangups are, and what you need to do moving forward. That being said, I’ve made note of things I’m leaving in 2017. These are the distractions and unproductive ways of thinking and being that no longer serve me.

I’m a firm believer in drowning yourself in positivity. Quotes, affirmations, pictures of people who inspire you, all that. Now I’m not an advocate of acting like things are all peachy 100% of the time. Some days are going to be bad and sometimes you’re gonna cry and get hurt. That’s not just life, it’s a necessary part of life. But there’s yen and a yang to life. Balance. The good comes with the bad, and the truth is that you can choose how you respond to and deal with the cards you’re dealt. Like that saying goes, the happiest person isn’t the one who has a lot but is happy with what they have.  Personally, I know that it is too easy to fall victim to finding fault in everything, complaining, and feeling sorry for yourself. But my problem with all that, is that getting to that place can get too comfy and cozy to some. Like I know people who have parts of their life that aren’t going how they want to and that’s literally ALL they ever talk about. It’s like a broken record. Not only does that get old, but it’s counter productive. If all you see is the bad, like the law of attraction says, that’s what you’re going to continue to get. So instead, choose to wear those rose-colored sunglasses. Try to focus on what’s good in your life. Seek a spirit and mindset of gratitude. There are plenty of writings on how powerful simply practicing gratitude can be. And if that doesn’t come naturally, try my idea of surrounding yourself with quotes, affirmations, etc. so you’re at least seeing positivity. I promise if you have these ideas in your face on a constant basis, eventually something will stick.

So this one is a doozy for me. As positive as I may think I am, I struggle with this. I’m one of those people that cheers on and believes in everyone else’s potential and dreams, but waver on my own sometimes. But just like with negativity, whatever internal conversation you’re having will have an effect on what you do. So for me this means taking baby steps. It means adding affirmations to my morning ritual that show I believe in what I can do. It means giving myself some kind of reward for each time I accomplish something and proving my capability. It means challenging myself to do more even. It means becoming my own biggest cheerleader at all times. It means work, lol. But I’m up to the challenge.

I’m going to be brutally honest- I can be lazy as hell. In fact, there is one thing all the New Years goals I make and don’t  reach have in common:  me being lazy. I could also call this lack of discipline, but for me they go hand-in-hand. In January I get so revved up. I write consistently. Plan my meals. Look up the vacations I plan to take. And then—-no follow through. Work gets busy and days turn into weeks and I haven’t written anything or posted anything. The books I devoured during the summer and winter break turn into piles on my nightstand that crowd out my remote controls but are virtually untouched. And don’t get me started on the time I waste scrolling IG and playing FreeCell. With his book I’m reading now, Stratechic by Michelle Thornton, I had to map out how I spend most days and account for the way I spend my time. Y’all. I have to be honest – I was so embarrassed. The schedule I have with my job gives me plenty of time to work on other goals or even have put more energy on additional sources of income. Admittedly I do take work home a lot, but as busy I always feel, I have the time to work on getting things done. The fact is those moments I spend scrolling IG, Twitter, GroupMe, or playing games on my phone, etc. add up to wasted moments of time.

My biggest fear is becoming one of those people that dies without having used their talent or living a life they truly love. Don’t get me wrong, I stepped out my comfort zone this past year and did stuff in line with who and what I want to be, while also knocking off almost half of the goals on my goal list. But there’s so much more I could have done too. All I can think is that if I just kick my effort and discipline up a notch, than I can be a beast with this life of mine.

There’s this quote that says “Go where you’re celebrated not tolerated.”  I’m a firm believer in having a support system of folks that don’t just have your back but will check you when you’re wrong. People who are there not just for the parties and celebrations and brunches, but the days you don’t want to get out of bed. But unfortunately, I have a bad habit of giving people the benefit of the doubt and assuming that because I consider them a friend, that they value me in the same way. I call it my blinders, my desire to see the good in everyone. I still remember once when I was younger, telling my grandmother that I thought that deep down in everyone there was a good side to them. The side-eye and schooling she gave me still make laugh. I get it now.

Still, if there’s one thing that I’ve learned in the past few years it’s that support can come from unexpected places. And the shoulds, the people who “should” be there because you’ve known them so long, or they go to your church, or whatever the reason is – really don’t amount to much. Like the saying goes, not everyone is made to be in your life for a lifetime. And not everyone deserves a front row seat to your journey. Personally, I want my cheerleaders – my support system, the people I can count on -to be courtside in my game of life. Spectators can get the cheap seats. As such, I personally plan to nourish the spaces I have, build on the relationships with people that have genuinely been there for me, and show more love to them. I’m not doing the whole speech on cutting folks off like a lot of what everyone is posting all over social media.  Instead, let’s just say I’m putting more energy into the support system I have and being better for them. I’m also not one of these “no new friends” type because my experience has been that many of the people I’ve made genuine connections with in this phase of my life have gotten to see the realest parts of me.  So I’m open to developing new relationships, yet I’m not actively seeking. Basically, I’m at a place where I just am content to enjoy my time with those I can count on and enjoy exploring and doing things on my own. And as for these other people- the tolerators- well I love a good brunch and celebration as much as the next person. But I’m also good to leave some people at just that.

So that’s what I have for 2017. As much as I love goal-setting and whatnot, I’ll be real and say that I’ve stopped waiting for a particular day or time on the clock to make changes and so I’ve already put many of these to bed. But I’m letting tomorrow, New Years Eve, be my celebration of throwing the last bit of dirt on top of the burial.  What are you leaving behind in 2017?