Deprecated: __autoload() is deprecated, use spl_autoload_register() instead in /home/rosetattoo2/public_html/wp-includes/compat.php on line 502
 The Power of Your Words – The Free Woman Chronicles

One of the truest things that has ever been said is that you can live and die by what you say (also known as “Death and life are in the power of the tongue” -Proverbs 18: 21). One of the things that I used to be guilty of doing is complaining and talking about a situation or scenario in my life and saying things like “this will never work out” or  “ all _____ are full of it”  and just in general speaking pessimistically over people and situations in my life. A key example that I see and am way too familiar with (again, I was guilty of this so I’m not saying this from some high horse like I’ve never been there) are some single women I know that say things like “all men are trash,” “All men are dogs,” “I’ll probably be single forever,” etc. I even remember myself saying about a guy I was seeing that had a lot going on with him that “things would not end well.” And surprise, surprise: things didn’t end well. (In the sense that not only did it end, but the ending was way more dramatic than it had to be.) The thing of it is, even when I was saying that, I was saying it with the hope that I was wrong and that even though I thought that way and felt that way, that this guy would prove me wrong. When I talked about a situation not working out, I was hoping I’d be pleasantly surprised and proved wrong. And even when I was talking about there not being any good guys available, deep down I was hoping that some guy would come around and prove me wrong by being everything that I thought didn’t exist.

So basically I was saying and thinking pessimistically, putting these negative thoughts out into the universe, but then hoping for something different.

But that’s not how life works.

Looking back, as someone that has read a lot about the Law of Attraction, and even taught about self-fulfilling prophecies, I know that I basically talked that into existence. 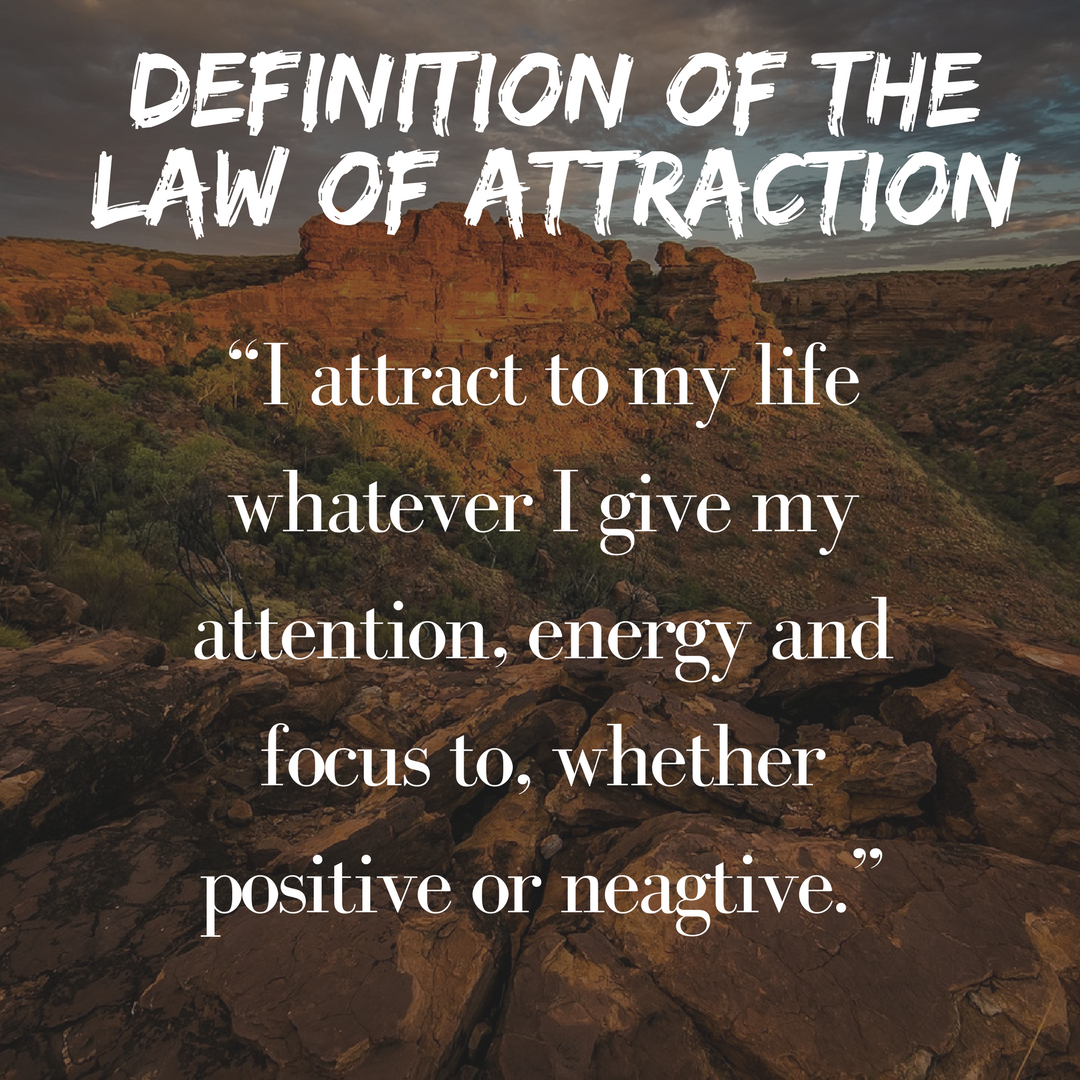 This idea of talking things into existence, was confirmed to me recently when I was in New Orleans and met this wonderful woman who I’ll call Ms. Dee. My friend and I randomly met Ms. Dee at this restaurant in the Garden District when she and her friend sat in the booth next to us. We all hit it off and started talking and the next you know we made plans to take a tour with her the morning of the day I was leaving, as she was a tour guide. So somehow as we were walking during the tour, the topic of childbirth and having kids came up as we were walking, and she asked us “Oh, so this is what you want?” We both said yes, and then my friend started to say, “Yeah, but so many of these men are tr—“ And that’s where Ms. Dee cut her off and said “You live and die by the words you put in the universe.” She then proceeded to give us some sage advice and ended that part of the conversation by letting us know that you have to walk in the confidence that you are going to receive what you want.

And I believe in that. Yet it’s amazing how easy it is to lose sight of that or get caught up in negativity and not believe in that. Yes life is going to sometimes throw you things that are not in the package you are expecting or want, and things aren’t going to happen in the way you may have planned. But a lot of times the way that things work out is even better than you could have imagined. Because, God (or the universe, or whatever higher power you believe in) knows better than us. And truthfully, sometimes the things that we want aren’t the things that we need. But when you come to that appreciation of the things that you really need, and then you get them…. Man, listen.

I admit that sometimes I have to catch myself. With it being Valentine’s Day soon and me being single again right now, it would be easy to look around and get discouraged. And also thinking of how many people I know of that are in toxic relationships can also make one pessimistic. When you’re looking for something better and something true, it can be discouraging to see things like that be so common. But I had to check myself and remind myself that I’m not going to think about or focus on things that are the opposite of what I want. That’s not the same as denying that it exists. But if that’s not in the realm of what I want…why would I spend my time consistently thinking about it or talking about it.  (Also, I’m not going to walk around talking about “all men are trash” because I know that’s not true. I can name men I know and love that don’t fit in that category that are not just good men but are generally good people. So I know they exist and are out there.)

Some might ask, “Well if you talk things into existence, then why are you still single, why don’t you have xyz, why isn’t your life perfect?” Valid questions except there’s this…1. There’s no such thing as a perfect life. 2. Who’s to say that me not having everything I want, including a good partner, is a permanent thing. Like Ms. Dee said, you have to walk in the confidence that you are going to receive all you want. And I do. So I watch what I say, what I write, and I stay correcting myself when I find myself slipping into those patterns.  And while I stay in this place of expecting and preparing and focusing on what I want, I’m also mostly happy (which is probably more than many of the naysayers to this idea can say). And honestly…isn’t happiness the point of it all?